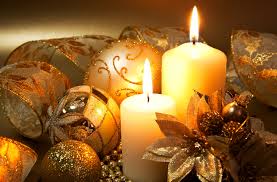 Betty was called to her heavenly home by her Lord on January 8, 2020. Funeral services will be at 10:30 a.m. on Saturday, January 11, 2019, at St. Martin’s Lutheran Church. Pastor Paul Janke will officiate. Music will be provided by Karen Livingston as organist. The family is requested to meet at the church by 10:00 a.m. for a family prayer service.

Visitation will be on Friday at Crawford-Osthus Funeral Chapel from 4-7 p.m. and also prior to the service at the church on Saturday.

Betty was born on January 31, 1935, at Lutheran Hospital in Watertown, SD, to Otto and Martha (Zantow) Kriesel. She was baptized in 1935 and confirmed in 1949 at St. John’s Lutheran of Mazeppa Twp Grant Co. Betty attended school in Grant Co. Lura #5 and Mazeppa and graduated from Northwestern Lutheran Academy in Mobridge in 1953.

On February 14, 1954, Betty was united in marriage to Rolla Eugene Stoltenburg at St. Martin’s Lutheran Church by Pastor WT Meier. She worked at Herbergers, Watertown Public Opinion, and on the farm with her husband. The couple farmed with his dad and brother until Rolla was drafted into the U.S. Navy in November 1955. They lived on various naval bases in California. Following Rolla’s honorable discharge in 1957, the couple returned to farming in the Watertown area.

Betty’s love of God and family were the most important things in her life. Betty and her life partner, husband Rolla, shared a 65th wedding anniversary last February 14, Valentine’s Day. She never failed to send a greeting card and letter to all of her family and friends for every occasion.

She was preceded in death by her parents, Otto and Martha Kriesel; her sister, Dorothy and her husband Calvin Frey; and her brother, Lyle and his wife Elsie Kriesel.

To send flowers to the family or plant a tree in memory of Betty L. Stoltenburg, please visit our floral store.