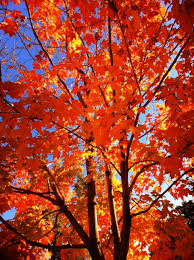 Donald Corey, age 74, of Watertown, SD, passed away on Monday, October 21, 2019, at the hospital in Sioux Falls, SD. Memorial services will be at 10:00 a.m. on Saturday, November 2, 2019, at Crawford-Osthus Funeral Chapel in Watertown. Father Richard Fox will be the celebrant. The family is requested to meet at the chapel on Saturday by 9:30 a.m. for a prayer service.

Visitation will be prior to the service beginning at 9:00 a.m.

Burial will be at Mt. Hope Cemetery. Honorary Pallbearers will be residents of WaterCrest Apartments and all his cousins.  Active pallbearer will be Brian Corey.

Donald Corey was born on November 23, 1944, in Minneapolis, MN, to Robert and Mary (Gully) Corey. He attended school in Watertown. Donald traveled for many years with his father on the Carnival circuits, working in most states in the US.  After his carnival adventures, Donald became a talented chef and worked at many restaurants.  He returned to Watertown 15 years ago. During trips to various appointments, Don appreciated conversations with many of the Watertown Transit drivers.  He loved traveling, cooking, playing cards, golfing, watching movies, cheering on the Vikings and Cowboys and especially enjoyed Coca Cola.

He was preceded in death by his parents and his brother, David.

To send flowers to the family or plant a tree in memory of Donald Corey, please visit our floral store.