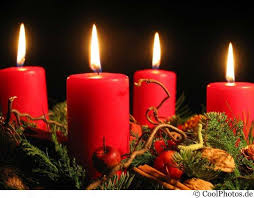 Eldon was born in Wing, ND on July 5, 1923.  He married Coleen Wiesner (Hendrickson) on June 1, 1963 and they made their home in Watertown, SD.  He was a carpenter building homes and furniture, and worked as a butcher at Armour Co in Grand Forks, ND.  Later he was a pest control operator for Lystads Inc. in Watertown, SD.  He then moved to a management position at Spies grocery store in Watertown.  After retiring, he was a custodian at Cornerstone United Methodist Church in Watertown.

Eldon had two children from a previous marriage that preceded him in death, Joe Bailey and Carol Spooner.  He is survived by his wife Coleen Bailey; 3 step-children: David Wiesner of Brookings, SD, Diane (Wes) Schick of Littleton, CO, and Dallas (Priscilla) Wiesner of Pleasant Prairie, WI; and many grandchildren, great grandchildren, and great-great-grandchildren.

Funeral services will be at 10:30 a.m. on Thursday, December 19, 2019, at Cornerstone United Methodist Church in Watertown, SD.  Pastor Steve Anderson will officiate and music will be provided by Duane Hogie.

Visitation will be at the Crawford-Osthus Funeral Chapel in Watertown on Wednesday, December 18, 2019 from 5-7 p.m. and prior to services at the church on Thursday.

To send flowers to the family or plant a tree in memory of Eldon L. Bailey, please visit our floral store.