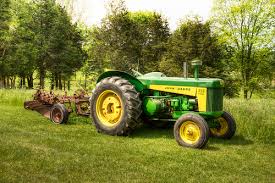 Services will begin with a family prayer service at 9:00 a.m.; visitation at 9:30 a.m. and the funeral service at 10:30 a.m. all occurring on Wednesday, October 16, 2019 at the Lutheran Church of Our Redeemer in Watertown. Burial will follow the services at 2:00 p.m. at the Lake Preston City Cemetery in Lake Preston, SD.  Officiating the services will be Pastor Dan Ofstehage and Pastor Kent Stillson.

Eldon was born on April 18, 1937, on a farm north of Lake Preston SD, to Harvey and Lucille (Howard) Petersen.  He attended country school then Erwin High School and graduated in 1955. In 1956, Eldon served his country when he was drafted into the United States Army; was honorably discharged in 1960. He returned home to the family farm and began his lifetime of farming the land.

On December 22, 1957, Eldon married the love of his life Shirley Brown at the Lake Preston Lutheran Church.  The couple shared 61 years of their life together.  The couple remained on the family farm until they retired and moved to Watertown in 2006.  Eldon enjoyed his children, grandchildren and great grandchildren and collecting John Deere memorabilia.  Eldon had a story of days gone by for everyone he met and if asked what best described him, it was everything farming.  He was also known for his sense of humor.

Eldon is preceded in death by his parents, Harvey and Lucille; his daughter, Nancy Petersen; his brothers, Mayland and Weldon Petersen; and his sisters, Rosella (Petersen) Lee and Dorothy (Petersen) Hinkley.

To send flowers to the family or plant a tree in memory of Eldon D. Petersen, please visit our floral store.