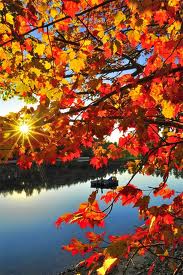 Roger C. Allen, age 69, of Watertown, SD, passed away on Friday, September 27, 2019, at the local hospital. Funeral services will be at 11:00 a.m. on Friday, October 4, 2019, at Crawford-Osthus Funeral Chapel. Pastor Steve Biswell will officiate. Music will be provided by A.J. Sherrill as organist. The family is requested to meet at the chapel by 10:30 a.m. on Friday.

Visitation will be at the chapel on Thursday from 5-7 p.m. with a prayer service at 7:00 p.m. Visitation will also be prior to the service on Friday.

Burial will be at Hayden Cemetery in Madison, MN at 2:00 p.m. on Friday. Military graveside honors will be conducted by the Marietta American Legion Post #156, Marietta, MN. Honorary pallbearers will be Roger’s grandchildren.

Roger was born on April 14, 1950, to Clayton and Ethel (Skjei) Allen, in Madison, MN. After graduating from high school in Marietta, MN in 1968, Roger entered the National Guard and started driving truck for various companies, including MinnKota Transfer and the Madison Mill and Elevator before purchasing his own truck, his white Peterbuilt, and hauling independently. He was an owner/operator for many years then started leasing and hauling for others until retirement.

On October 11, 1974, Roger married Robin Ohm. They had three children, Jennifer, Amy and Ryan. Roger and his family moved from Marietta to Madison in 1981, living there until moving to Watertown in 2006. On September 29, 2007, he was united in marriage to Rita Anglin in Watertown. Roger continued driving truck until his health forced him to retire. He enjoyed driving truck, gardening, growing flowers and watching the Minnesota Vikings. Roger especially enjoyed spending time with his family and friends.

He was preceded in death by his parents and his grandparents.

To send flowers to the family or plant a tree in memory of Roger C. Allen, please visit our floral store.