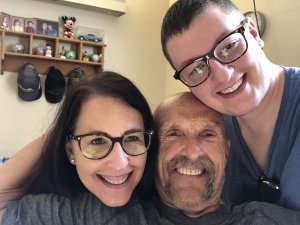 Leonard “Mick” M. Horner, age 79, of Lake, Norden, SD, passed away on Tuesday, June 9, 2020 at Avantara in Lake Norden, SD.  A private family ceremony will be held at a later date.

Mick was born on November 26, 1940, to Leonard and Lorraine (Gibbs) Horner, in Sioux City, IA. After graduating from Central High School in Sioux City, Mick married Gail Goldheim and to this union, three beautiful children were born. Mick lived in Des Moines, IA near his daughter Kari and her family.

Mick was employed as a bus driver for Des Moines Public Schools and was known as “Marvelous Marv” by all the kids on his school bus. In 1989, Mick retired from his job due to his failing health. Mick stayed in Des Moines until he moved to Sioux Falls to be close to his Mom and Dad.  From that time on, Mick lived in various facilities until he found his “home” in Lake Norden.  Mick moved into the care facility in 2014 and was very independent in his motorized wheelchair. He was often found uptown visiting with the locals and was soon known by everyone in the community. Mick LOVED Lake Norden and the staff at Avantara. He considered them family. In his last few days here on earth, Mick spent time with a young lady. Here are a few words that she reflects on as to who Mick truly was to others at the facility as he prepared for his journey to meet the Lord. “The last days with Mick were beautiful, even through his pain, he had peace because he knew that God knew what was going to happen. Through tears he confessed to believe in Jesus and knew that his sins were forgiven. He showed unconditional love to us all and never failed to make us laugh. He was a very selfless loving man.”

He was preceded in death by his parents, Leonard and Lorraine Horner.

To send flowers to the family or plant a tree in memory of Leonard "Mick" M. Horner, please visit our floral store.

You can still show your support by sending flowers directly to the family, or by planting a memorial tree in the memory of Leonard "Mick" M. Horner
Share a memory
© 2020 Crawford - Osthus Funeral Chapel, LLC. & Cremation Services. All Rights Reserved. Funeral Home website by CFS & TA