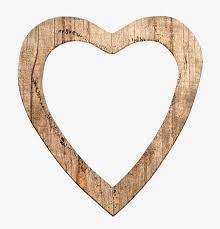 Lynore I. Calder, age 82, of Watertown, SD, passed away on Saturday, March 21, 2020, at a local care center. Memorial services will be at a later date.

Lynore I. Calder was born on January 22, 1938, to Neldon and Viola (Endicott) Calder in Vernal, UT.  Lynore moved to Sacramento, CA, with her mother and adopted father, Jesse Isebel, where she attended school and graduated from Grant High School.

She was married to Charles F. Heustess from February 7, 1957 to August 1997. The couple lived in Sacramento, where her children were born and raised. In 2002, Lynore moved to Henry, SD and then in 2014 she moved into Jenkins Living Center.

Lynore was preceded in death by her mother and father, her adopted father and her great-grandson, Robert Dale Heustess.

To send flowers to the family or plant a tree in memory of Lynore I. Calder, please visit our floral store.

You can still show your support by sending flowers directly to the family, or by planting a memorial tree in the memory of Lynore I. Calder
Share a memory
© 2020 Crawford - Osthus Funeral Chapel, LLC. & Cremation Services. All Rights Reserved. Funeral Home website by CFS