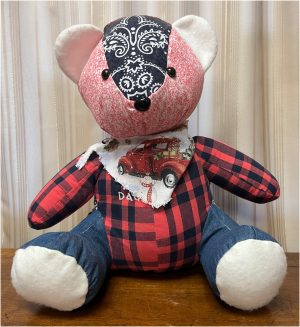 ROBERT JOSEPH ORTMEIER, son of William and Katherine Ortmeier, died at Avantara Skilled Nursing Facility on August 2, 2022.  Robert was born June 17, 1948, the third oldest of 11 children, grew up on the family farm near Polo (Orient) S.D.  He attended St. Liborius Grade School in Polo, South Dakota, then lived in various Human Service Agency (HSA) group homes in Watertown, South Dakota.  Robert was an avid volunteer for various agencies in Watertown and received several awards for his work.  Robert also held a job through HSA for many years cleaning the streets of Watertown.  Everyone knew and loved Robert in Watertown.  Robert was a member of Immaculate Conception Catholic Church where he attended Mass and enjoyed singing in the choir.  Robert also enjoyed attending weekly bible study. In October 2017, Robert was admitted to Avantara Skilled Nursing Facility where he remained until his death.  While at the nursing home, Robert attended all the activities and worked on jig saw puzzles.  The past two years, Robert made, then framed a picture puzzle for each of his siblings and sent them as surprise gifts.

He was preceded in death by his mother, Katherine (Abernathy) and father, William Sr. of Watertown, SD; brother, Kenneth (Judy) of Calahoo, Alberta, Canada; and two brothers who died in infancy: William Gerard and Gerald Gerard.

The family of Robert would like to thank all the staff of Avantara Watertown for the wonderful care they gave him during his last years.  Each and every one of them delivered excellent personal care and went above and beyond to make Robert’s last year’s fun and memorable.

Funeral Mass will be at 11:00 a.m. on Tuesday, August 9, 2022, at St. Liborius Catholic Church in Polo, SD.  Father Randy Phillips will be the Celebrant.  Ken Schaefer will be the musician.  The service will be live streamed via the Crawford-Osthus Funeral Chapel website.

To send flowers to the family, please visit our floral store.

Video is available for this event