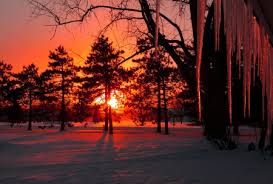 Dwayne A. Hlavacek, age 68, of Florence, SD, passed away on Wednesday, December 9, 2020, at Avantara Milbank, SD. Funeral services will be at 10:30 a.m. on Monday, December 14, 2020, at New Helgen Lutheran Church in Florence. Rev. Gary Anderson will officiate. Music will be provided by Sue Flisrand as organist. The family is requested to meet by 10:00 a.m. for a family prayer service.

Dwayne was born on January 8, 1952, to Jesse and Lucille (Halse) Hlavacek, in Watertown, SD. The family lived in Florence until 1964 when they moved to St. James, MN and ran a motel and steakhouse. Dwayne and his siblings were in charge of shoveling snow at the motel and they could try out different items at the steakhouse. The family then moved back to Florence in 1967. After graduating from Florence High School in 1970, he worked at Larry’s Lumber and then started working for Minnesota Rubber in July 1972. On November 10, 1973, Dwayne was united in marriage to Nila Orthaus, and they had two children, Derek and Matt. The couple moved to a farm east of Florence, which they purchased in 1978. He later married Patty Nelson and to this union Shawn and Chelsea were born.

Dwayne continued working at Minnesota Rubber until October 2014. He still farmed and raised cattle. Dwayne enjoyed hunting, fishing, and camping with his family. He also enjoyed working on cars during his younger years. Dwayne enjoyed playing football and basketball while he was in high school, and he played basketball and softball out of high school. He especially enjoyed spending time with his grandchildren.

He was preceded in death by his parents and three brothers, Harold, Larry and Ronnie.

To send flowers to the family or plant a tree in memory of Dwayne A. Hlavacek, please visit our floral store.